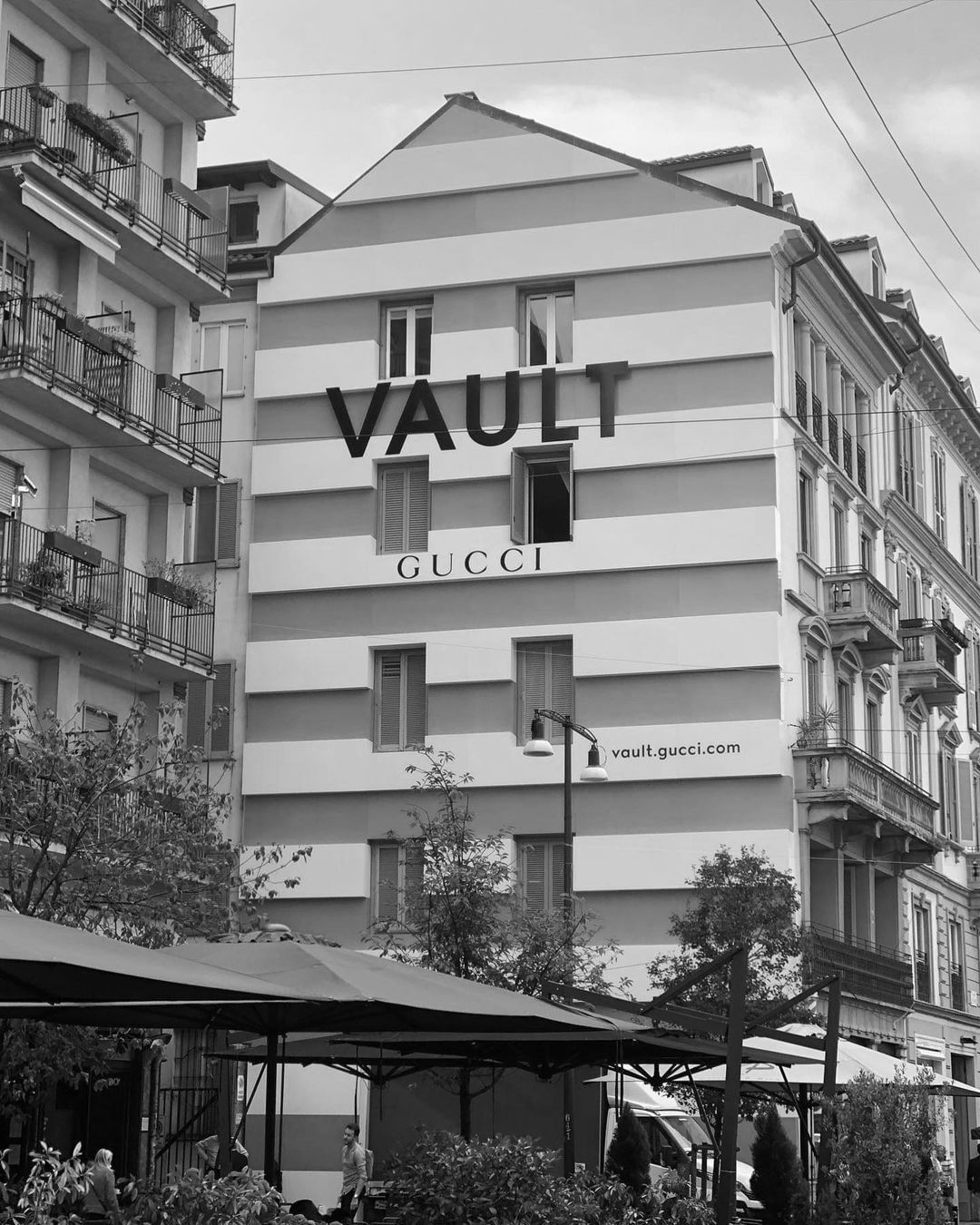 “A place where past, present and future co-exist, an exploration of new digital realms alongside a curation of vintage Gucci pieces and noteworthy designers. From creators and collectors to the purely curious, anyone can join in on the conversation.” These words from Creative Director Alessandro Michele describe the underlying vision for Gucci’s experimental concept store called “Gucci Vault” which went live in September 2021.

In line with the innovative approach of their concept store, Gucci recently launched the official Gucci Vault Discord server, taking on a revolutionary path in community building within Generation Y and NFT enthusiasts. If you are not familiar with Discord, it’s a social platform, but unlike Instagram, Facebook, or Twitter, it’s not open access, meaning that you need to have an access link to enter the different digital spaces or, as they are called, “servers”. Planting its roots in gaming, the platform has become a key medium for brands to connect more intimately with loyal fans and create buzz around new metaverse projects. Amanda Cassatt, CEO of venture studio and marketing firm Serotonin – which helps Sotheby’s and luxury fashion brands enter the metaverse – even described Discord as the Soho House of Web 3.0. In the case of Gucci, the access link alongside the launch of the Gucci Vault Discord server was shared via Twitter in January 2022 and already had more than 28,000 members within two days.

Within the Gucci Vault Discord community, members not only have exclusive access to behind-the-scenes content, but can also interact and engage with other brand enthusiasts. What is very unusual for the luxury industry is the work-in-progress characteristic of the Vault server, which encourages organic opportunities and leaves time and space for conversation to happen. This has given rise to various and unexpected chats-rooms, ranging from fashion updates to chats where members start the day with a simple “gm”, short for “good morning”. Gucci has grasped the importance of building a community and being part of an authentic conversation when trying to get into the NFT space. For that reason, Gucci has even started actively recruiting talent to manage the Discord presence. Besides Gucci, we can observe more and more brands, such as Adidas and Sephora, joining Discord in parallel to the attempt to step into the NFT universe.

The future will show how Discord as a brand medium will evolve, but for sure it’s currently an interesting playground for companies to test and learn a new type of community building.