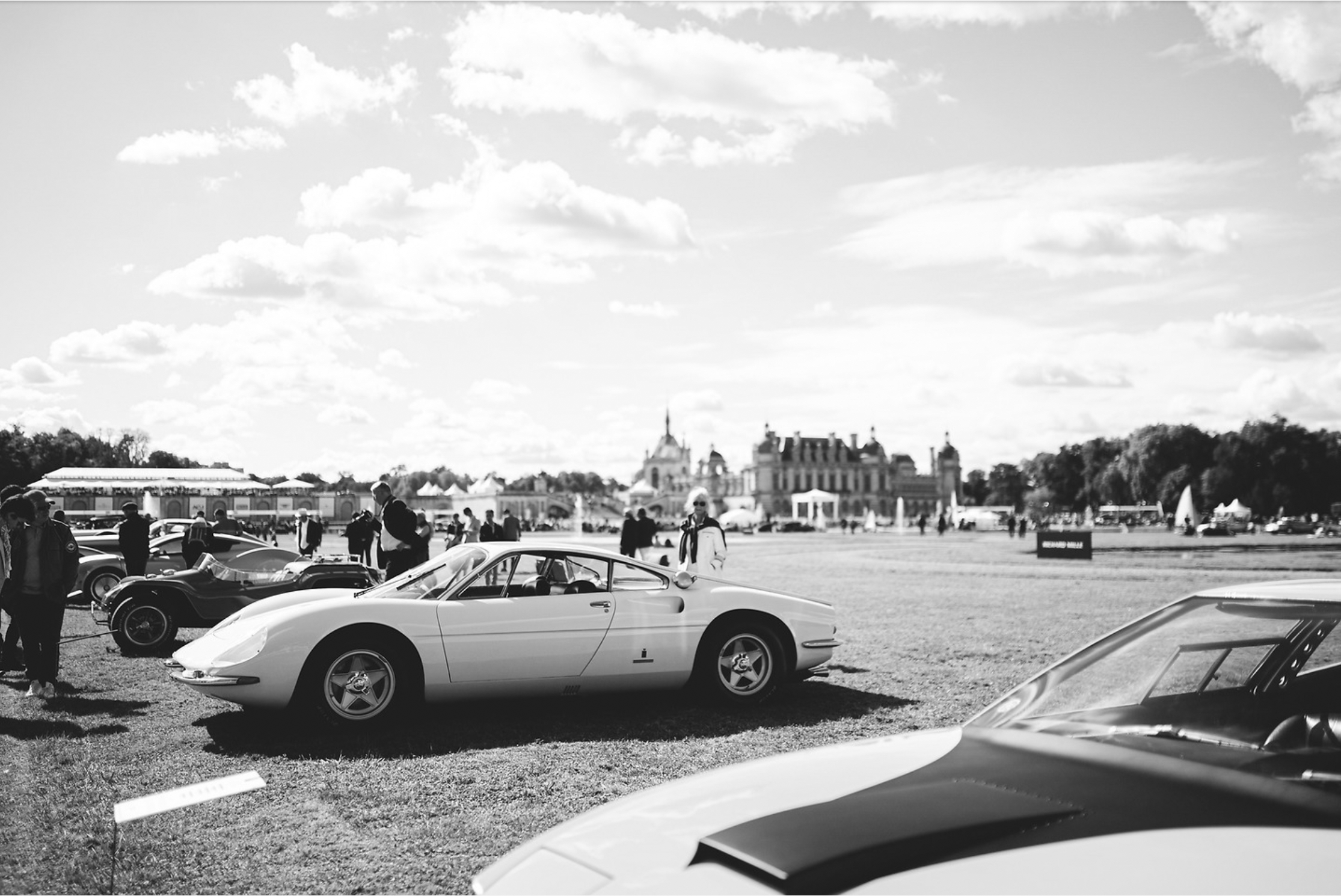 The Chantilly Arts & Elegance Richard Mille competition, which is often referred to as the most elegant automotive competition took place on Sunday, September 25, and it was nothing short of glamorous.

France was the cradle of the Concours d’Elégance in the 1920s and the creator of these very popular meetings in which exceptional cars of the era were on display in the company of elegant women dressed in the latest clothes by the great names in French fashion.

One of the main goals of Chantilly Arts & Elegance Richard Mille was to bring back this illustrious era by inviting automakers and designers to reveal their concept cars to the public, or to present interpretations of the future models of their make, by pairing them with models wearing the most exquisite clothing from fashion houses in a one-of-a-kind parade.

Now that it’s clear what this captivating event entails, let’s talk about the vehicle that won the highest honors.

The Aston Martin DBR22 won Best of Show with its breathtaking combination of a V12-engined two-seater coach-built design concept and the beautiful ensemble you see the model wearing next to it. The win is the first for Aston Martin since the inception of this Concours d’Élégance in 2014 and represents a major achievement for the historic British marque.

The DBR22 is the most recent in a long line of extraordinary projects successfully completed by the in-house bespoke division, Q by Aston Martin, which celebrates a decade of producing exclusive cars for the world’s most discerning customers this year and exhibits a completely new body from the Aston Martin designers. Its exceptional coach-built form is created from a minimal number of body panels to deliver a sculpted, muscular presence. The result: a smooth and effortless blend of exceptional drama and elegance, with several unique design features.